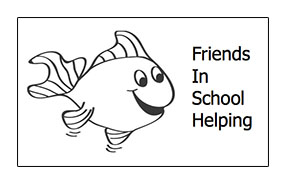 As a volunteer JABA FISH tutor at Jackson-Via Elementary School, I have mentioned several times  my belief that tutoring  provides significant health and brain benefits – for the tutor as well as for the students!

Here is some proof coming out of Experience Corps, a program operating in 22 cities nationwide that trains volunteers over 55 to tutor and mentor elementary school students.

By DAVID CRARY, AP National Writer
… The program’s concepts have seemed promising ever since it was founded as a pilot project in 1995, but new academic studies have validated the optimism that it’s a boon for the volunteers as well as the students.

-A two-year, $2 million study completed in 2009 by researchers at Washington University in St. Louis, involving 881 second- and third-graders in three cities, found that students with Experience Corps tutors made over 60 percent more progress with reading comprehension and sounding out new words than comparable students not in the program.

-Separate studies by Washington University and by Johns Hopkins University in Baltimore found that the tutoring led to measurable improvements for the volunteers – compared to adults of similar age and demographics – in physical activity and mental health.

One small-scale study reported in the Journal of Gerontology: Medical Sciences last year – which included sophisticated neuroimaging of 17 study members over 60 – including eight Experience Corps volunteers in Baltimore – suggested that tutoring young children in reading and math could delay or even reverse brain aging. …